Transnational networks of the Theatre of the Oppressed

The institutionalization of a circulating method

This work reflects on how the transnational networks of the Theatre of the Oppressed (TO) contributed to its institutionalization and permanence as one of the most practiced theatrical methodologies worldwide. In order to understand the expansion of the method developed by Augusto Boal as a transnational network, the article first defines the terms ‘institutionalization’ and ‘network’, before providing a brief review of its history, its adaptation to the cultural policies in France and Brazil, and the importance of the TO Centres in this process. The ability of the method to adapt to the most diverse contexts, cultures and especially to the social development field demonstrate that, more than just circulating a theatrical method, the global network of the Theatre of the Oppressed reveals itself as a vehicle for the circulation of policies connected to the idea of cultural democracy.

Clara de Andrade is an actress, singer, teacher and researcher of Theatre. She holds a PhD and Master’s degree in Performing Arts, both from the Federal University of the State of Rio de Janeiro, UNIRIO. In 2014 she participated in a Split-site Programme at the Sorbonne Nouvelle University, Paris 3, as part of her doctoral research, which was supervised by Maria Helena Werneck. Recently she was a visiting fellow in the Centre for Global Theatre Histories & Developing Theatre Project at LMU Munich, where she developed, funded by the European Research Council, her project titled “Transnational networks of the Theatre of the Oppressed: exchanges and institutionalization of a circulating method”, within the scope of which this work has been produced (Grant Agreement n. 694559 - DevelopingTheatre). She is the author of the book O exílio de Augusto Boal: reflexões sobre um teatro sem fronteiras (7Letras, 2014) and co-editor of the books Augusto Boal: arte, pedagogia e política (Mauad, 2013) and Cenas Cariocas: modos, políticas e poéticas teatrais contemporâneas (Garamond, 2020). She has given workshops on the theatre of Augusto Boal at international festivals and in postgraduate programmes in Rio de Janeiro. She co-created and acted in Crônicas de Nuestra América, a staging of the stories written by Boal during exile. 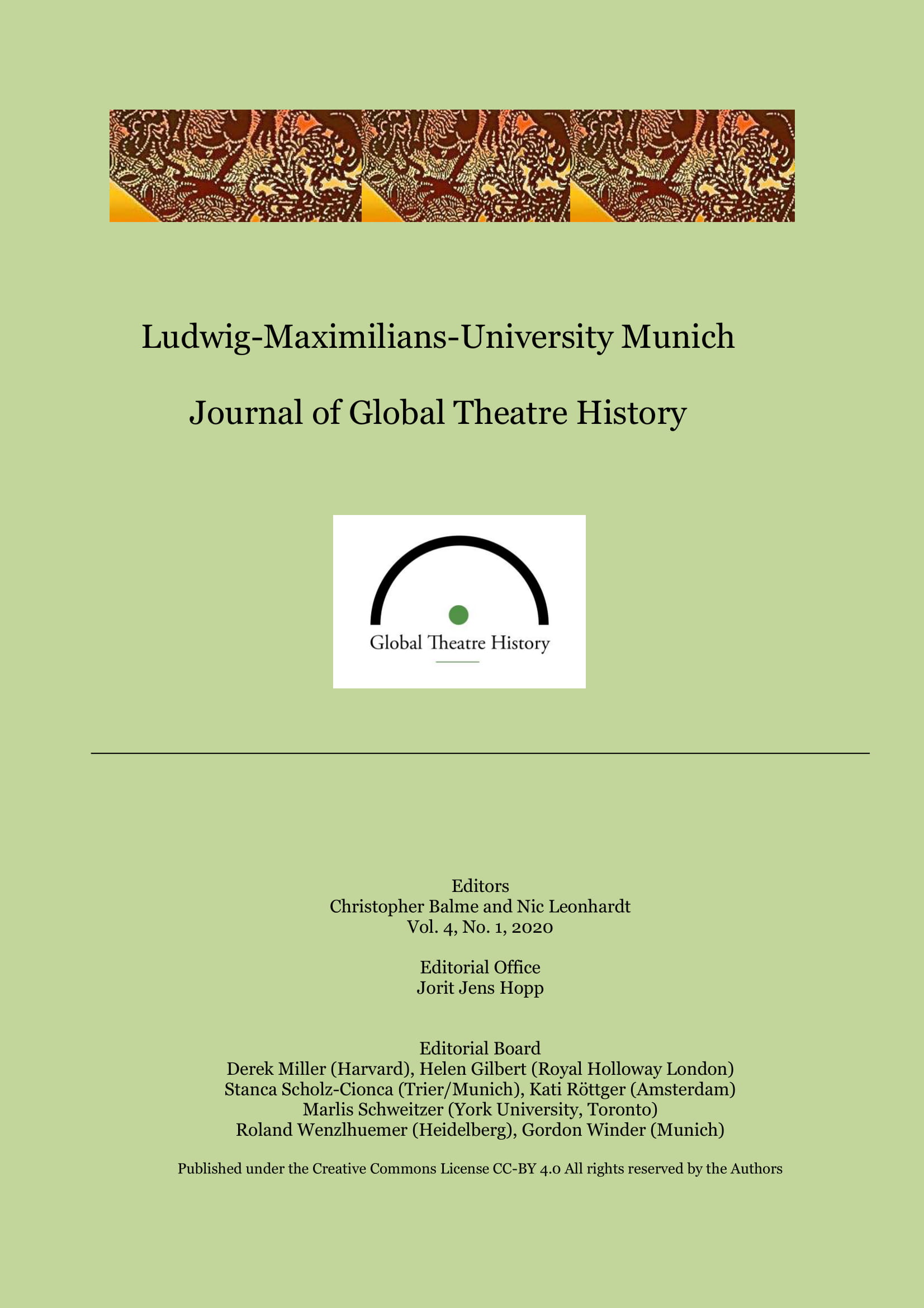